Alan Smale has been writing fiction since he was twelve years old, when he elected to stay inside during school breaktimes to pen stories about intrepid men of action rather than risk going outside to get beaten up by the school terror squads. His novels, "Blood in the Snow" and "Camp Noah", were deservedly left behind at his parents' house in Leeds, England when he emigrated to the U.S. in 1988. 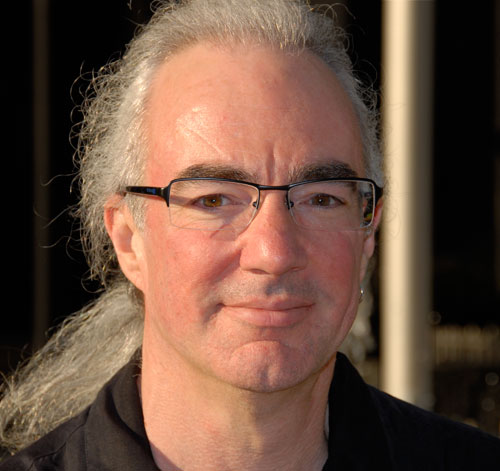 "Abyss & Apex" (twice), novella anthologies "Panverse One" and "Panverse Two","Apollo's Daughters", "Writers of the Future #13," "A Nightmare's Dozen", "Paradox", "Marion Zimmer Bradley's Fantasy Magazine", "Adventures of Sword and Sorcery", the Meisha Merlin original anthology "Low Port", edited by Lee and Miller, and the revised edition of "Book of Dead Things", edited by Jens and Cherry. Audio versions of two of his stories have appeared on "Podcastle" (#101) and "Pseudopod" (#190). In 2011 Alan won the Sidewise Award for Alternate History for his "Panverse Two" novella, "A Clash of Eagles", and he has also received call-outs in Locus's Recommended Reading Lists and many Honorable Mentions in best-of-year anthologies. His first novel, CLASH OF EAGLES, set in the same universe as his Sidewise novella, appeared from Del Rey in March of 2015, with EAGLE IN EXILE following in 2016, and EAGLE AND EMPIRE in 2017.

When not working or writing, Alan sings bass with rocking vocal band, The Chromatics. The Chromatics, a six-member mixed group who write and arrange most of their own songs, 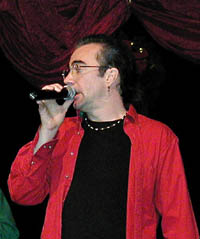 perform frequently in the MD/DC/VA/PA area with occasional gigs farther afield (Florida, California, Las Vegas...). Alan is the Red Chromatic, the Business Manager for the group, and co-creator of their popular AstroCappella project of original astronomy songs;

over 10,000 copies of the AstroCappella CD are in use in classrooms across the US, and the group has presented the project as far afield as Florida, California, Nevada, and Hawaii. The Chromies have appeared on PBS educational shows, ABC's Channel 9 Eyewitness News, and CNN Headline News. They took second runner-up in the 1999 Atlantic Region Harmony Sweepstakes, and their first holiday CD, "Unwrapped", was nominated for two national Contemporary A Cappella Recording Awards (CARAs), in the Best Christmas Album and Best Christmas Song categories. One of Alan's songs on AstroCappella 2.0, "Little Bit of Rock", also earned a CARA nomination for Best Children's Song. The Chromatics have been nominated for several WAMMIES (Washington Area Music Awards) in the categories Best A Cappella Group, Best A Cappella Recording, and Best Children's Recording. It's always an honor to be nominated. Their 2007 album of original songs, "Committed", says it all. Their next album and second holiday CD, "Wassailicious", has been described as 'an unfiltered piquant mélange of full-bodied neo-classics'. And 2017 brought the release of The Chromatics' ninth(!) CD, entitled "Fragments", their rocking-est album yet. [More about The Chromatics] 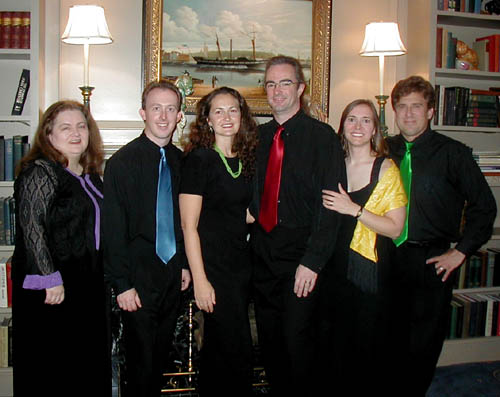 Alan's first stage roles were in British amateur dramatics: "Witness for the Prosecution" by Agatha Christie, followed closely by appearances in plays by Coward, Priestly, Shaw, and Stoppard. His more recent adventures in community theater have been with the Music and Drama club (MAD), at NASA/GSFC. In 1995 Alan played the role of Charlie in "The Foreigner" by Larry Shue, in a show which won the Washington, DC-area Ruby Griffith Award for Excellence in a Non-Musical Production, Runner Up (i.e. "second prize for drama"). The following year he appeared as the cheeky bellhop in "Lend Me A Tenor" by Ken Ludwig. In early 2001 Alan took a brief vacation from The Chromatics to play the challenging role of Clifford Anderson in Ira Levin's stage thriller "Deathtrap". The bruises have now healed....

In his professional life, Alan works at NASA's Goddard Space Flight Center in Greenbelt Maryland, serving as Director of the High Energy Astrophysics Science Archive Rsearch Center (HEASARC). Prior to this, he served for five years and five months at NASA Headquarters in downtown Washington DC, as 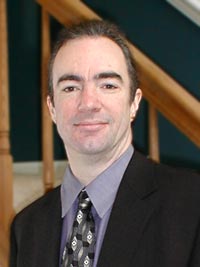 From 1988-2003 Alan was a Senior Research Scientist for USRA at the Goddard Space Flight Center, specializing in the physics of low-mass X-ray binaries, the best, brightest and most variable X-ray sources in our Galaxy. LMXBs are close binaries containing either a neutron star or a black hole, sucking in material from a more typical star in orbit around it. Alan led the Rossi X-ray Timing Explorer (RXTE) Guest Observer Facility (GOF), which provides community access to the RXTE scientific satellite, launched in 1995. He was also heavily involved in the detailed design of a similar facility for the gamma ray burst chasing satellite, Swift, launched in November 2004.

Going back in time still further, Alan worked on the data analysis software for the US/Japanese ASCA scientific satellite (launched 1993), and on the BBXRT payload on Space Shuttle Columbia (STS-35; Dec 1990). He has analyzed X-ray data from a variety of other satellites, optical and infrared data from ground-based observatories in Australia, South Africa, Chile, the Canary Islands, and California, and radio data from the VLA in New Mexico. He has published over 100 scientific papers in professional journals.

Alan grew up in Leeds, Yorkshire, and received a B.A. in Physics and a doctorate in Astrophysics from Oxford University (St Edmund Hall). He became an American citizen just before July 4th, 2000, but regretfully still can't quite do the accent. He's awfully sorry about that.

The Chromatics (a cappella group)
The AstroCappella Project